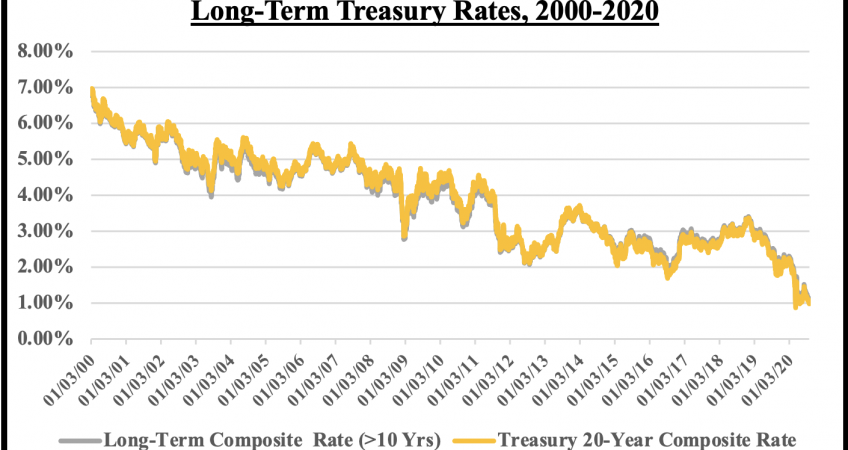 A fair-share of attorneys have told us that they went to law school to avoid doing math. While calculus and linear algebra are not important in securing a winning verdict, a basic understanding of interest rates and present value is crucial for all attorneys to understand.

Courts require all future economic damages be discounted to present cash value. The reason behind this is to avoid over-compensating Plaintiffs by deducting the future interest a lump-sum award can attain. This is where interest rates come to play. The higher interest rates are, the more interest a lump-sum award can accumulate, which results in a lower present cash value award. In contrast, the lower the interest rates are, the higher the lump-sum award will be. The graph below illustrates long-term treasury rates over the last 20 years. Most economists rely on U.S. Bonds as a benchmark for interest rate because they contain the lowest risk. Currently, the 20-year rate is just around 1%. As you can see in the graph, in the year 2000 it was near 7%. What does this all mean?